The Promises and Perils of FIRe

In celebration of UP NISMED’s 55th anniversary last 20 November 2019, Dr. Fidel R. Nemenzo, UP Diliman Vice Chancellor for Research and Development, delivered a public lecture on the Fourth Industrial Revolution (FIRe). He began his lecture with a brief account on how the First, Second, and Third Industrial Revolutions brought significant societal changes. These disruptive and transformative changes created not only wealth but higher levels of poverty and inequality.

FIRe is transforming the world at a level that has never been seen before, changing the way we learn, work, communicate, interact, express, inform, entertain ourselves, creating new ways to create and consume, and introducing new modes of delivery of products and services. Some examples of successful companies that have taken advantage of these new technologies were given: Grab, Angkas, Airbnb, Netflix. These companies were not built on a large amount of capital but on good ideas or algorithms. Built on connectivity of computers and mobile phones, technologies of FIRe will have profound impact on business structures, jobs, and social interactions.

Dr. Nemenzo then elaborated on the benefits of FIRe such as making products safer and making public services more personalized and more efficient. He then added that as with all technological changes, the impact of FIRe on our society will be shaped by the policy changes that we must put in place to address gender inequalities, enhance productivity, and improve the people’s well-being.

One of the important items that Dr. Nemenzo talked on was the crucial role that schools have to play in the era of FIRe. Many might have thought otherwise but even knowledge of STEM may not spare a college student from the threat of redundancy. Soft skills, such as the ability to understand and adapt to change, a sense of wonder and imagination, and the ability for critical thinking, will be more important in facing the changes brought about by FIRe. Further, schools need to develop in our students a sense of identity to help them remain grounded in the shifting terrain of FIRe. Students should also learn and appreciate the power of cross-disciplinary and multidisciplinary thinking to make sense of things not only from one point of view.

An open forum followed after the lecture. In response to one of the questions regarding the initiatives in response to FIRe, Dr. Nemenzo replied that the University has FIRe research and development efforts such as laboratories developing sensors, satellites designed by students, data science programs, and professional development programs.

The public lecture ended with UP NISMED Director Dr. Aida I. Yap awarding the certificate of appreciation to Dr. Nemenzo. 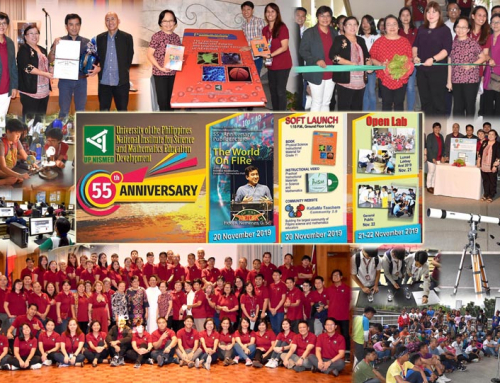 UP NISMED Celebrates its 55th Anniversary 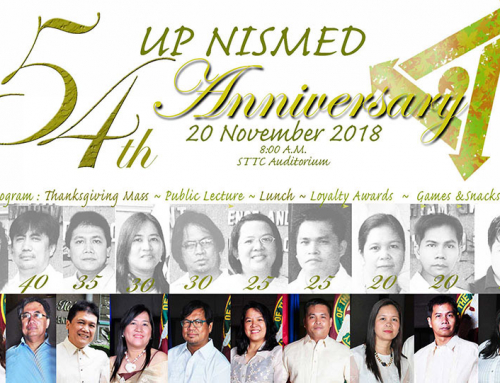 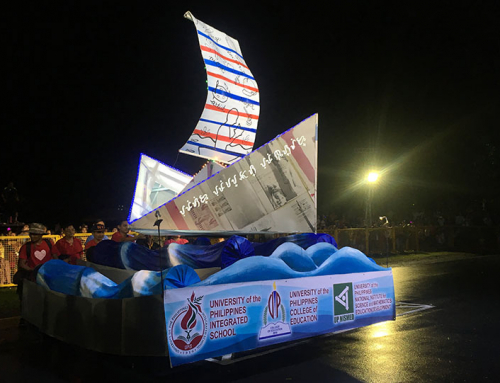 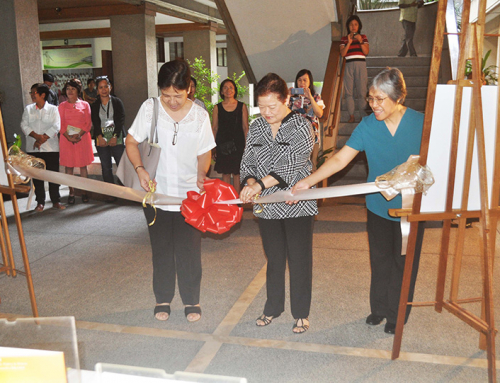 UP NISMED Celebrates 52 Years of Commitment and Service